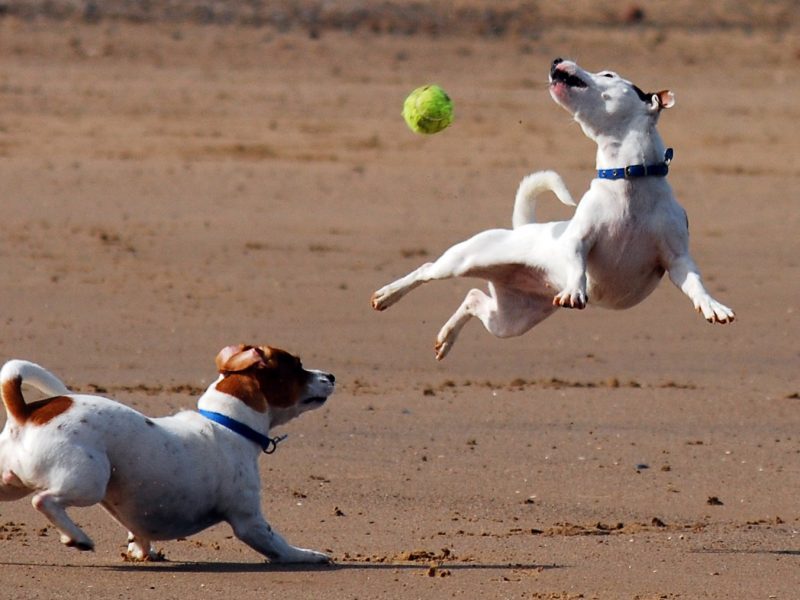 Your pet has been diagnosed with a rupture of the anterior cruciate ligament (ACL). This ligament is one of four ligaments used for stabilization of the knee joint.

The ACL lives inside the joint and prevents the tibia (shinbone) from sliding forward and rotating with respect to the femur (thighbone). A common cause for rupture of this ligament is trauma, usually hyperextension of the knee, such as what happens when your pet steps in a hole or slips jumping out of a truck bed. Some dogs may be genetically predisposed to ACL rupture, or it may occur secondarily to certain diseases. Inside the knee joint, there are also two cartilage pads called menisci (singular, “meniscus”), which may also be torn from the initial traumatic incident or later while the knee is unstable.

Diagnosis is made by palpation of the knee, usually under sedation. If the ligament is ruptured, the tibia will slide forward when the femur is held still; this is called an anterior drawer sign. X-rays also need to be taken to rule out fractures and determine the extent of arthritis already present in the joint.

Treatment for a ruptured anterior cruciate ligament is usually surgical. A few animals may be able to be treated medically; this is usually reserved for very small patients or ones which cannot endure anesthesia. Surgery consists of removal of the torn ligament and meniscus if it is also torn, and stabilization of the joint with a large suture placed outside the joint. Stabilization of the joint does not stop the progression of arthritis—our goal is to slow the progression so much that is never becomes a clinical problem. Another treatment we have to help us medically achieve this goal is oral or injectible chondroprotectant drugs (drugs which protect the cartilage surfaces and promote healing of the joint).

Prognosis after surgery is good; between 80 and 92% of dogs return to good function in 3-4 months with correct post-operative care. The prognosis is best if there is no evidence of arthritis on X-rays at the time of surgery, so the sooner surgery is done after the rupture, the better. Prognosis without surgery is guarded to fair, depending on the weight and activity level of the pet. Dogs greater than 20 or 30 pounds generally do poorly without surgery. After surgery, some dogs (25-50%, again depending on weight and activity level) may have a ruptured ligament in the opposite leg in the future due to either increased weight bearing on that leg during recovery from the previous surgery or possibly genetic factors.

Vaccine Boosters and Heartworm Preventatives
Ultrasound Applications in Veterinary Medicine
Bandage Care for Your Pet
Categories
Visit us soon to keep all your pets healthy, happy, and well-behaved.
Make an Appointment
© 2015. All rights reserved.    Sign in
Back To Top